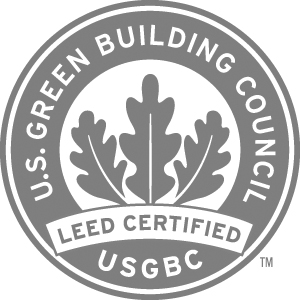 USGBC is a nonprofit membership organization with a vision of achieving a sustainably-built environment within a generation. Its membership includes 17,000 corporations, builders, universities, government agencies, and other nonprofit organizations in 78 chapters nationwide.

The LEED system provides independent, third party verification of environmental performance, occupant health and financial return. It was established for market leaders to design & construct buildings that protect and save precious resources while also making good economic sense, according to USGBC sources.

“We’re finding that long-term tenants want the energy and utility savings and the increased employee productivity that comes from working in a healthy environment in a green building,” said Dan Neyer, president of Neyer Properties. “When they compare these advantages against buildings constructed under traditional construction methods, they are choosing the green building.”

Red Bank Crossing II is a 30,000 square foot, two-story office building completed in July, 2008. It received a city of Cincinnati tax abatement due to its LEED certification. Trinity Family Medicine opened offices there August 1, and the building is 65 percent leased. The medical office complex is part of the $25 million Red Bank Crossing development.

Red Bank Crossing II embraced more than 20 green features to attain LEED certification. Some of them include:

Building the complex on a brownfield, which reduces pressure on undeveloped green sites; use of high-efficiency windows to reduce solar gain while minimizing air leaks and uncontrolled water infiltration; installation of low- flow faucets and fixtures in restrooms to reduce water use by 40 percent compared to standard restrooms;

Use of highly-efficient irrigation and native Ohio plants in landscaping, which lowers water use by 50 percent and reduces the burden on municipal systems; and selection and use of low volatile organic compound (VOC) paints, sealants and carpets, wood products from sustainable forests, fluorescent lighting, and low-toxicity housekeeping cleaners.

“With each new LEED-certified building, we get one step closer to the USGBC’s vision of a sustainable built environment within a generation,” said Rick Fedrizzi, president, USGBC founding chair, and CEO. “As the newest member if the LEED family of green buildings, Red Bank Crossing II is an important addition to the growing strength of the green building movement.”

A retail outlot, which is the last remaining on the campus, will begin construction of approximately 7,500 square feet in 2009.

For more information about green building in Cincinnati, go to http://www.usgbc-cincinnati.org/